Mark Fitzpatrick with their picture Terry the Turtle flipping the bird
"I was swimming with this turtle at Lady Elliot Island on the Great Barrier Reef when he flipped me the bird!" 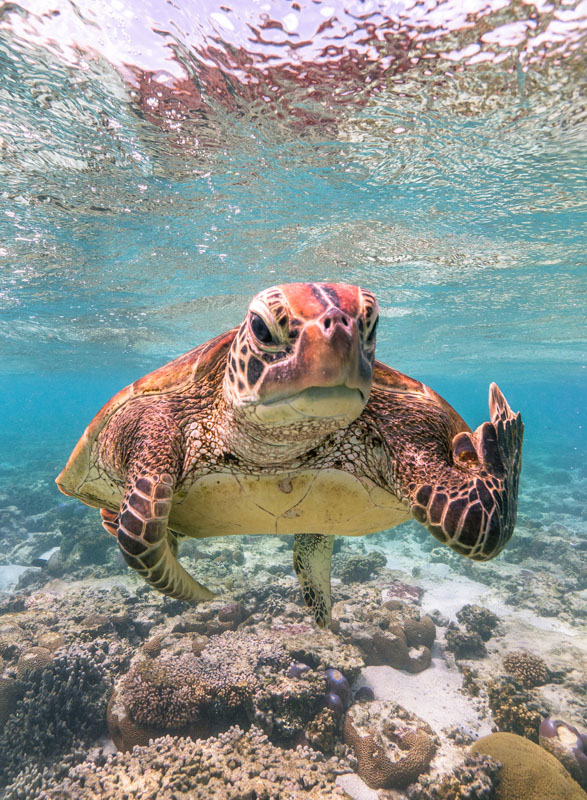 Alex Walker's Serian Creatures on the Land Award
Charlie Davidson with their picture Almost time to get up
“The raccoon was just waking up and stretching. We have a raccoon in this tree every so often, sometimes for a night and sometimes for a month.” 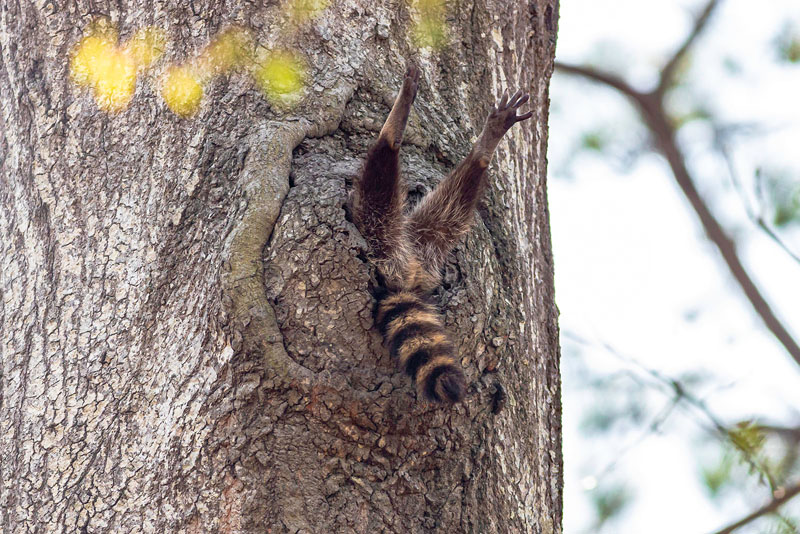 Spectrum Photo Creatures in the Air Award
Tim Hearn with their picture Hide and Seek
“As this Azure damselfly slowly woke up, he became aware of my presence. I was lined up to take a profile picture of his wings and body, but quite sensibly the damsel reacted to the human with the camera by putting the Marsh grass stem between me and it. I took the shot anyway. It was only later that I realised how characterful it was. And how much the damselfly looks like one of the muppets.” 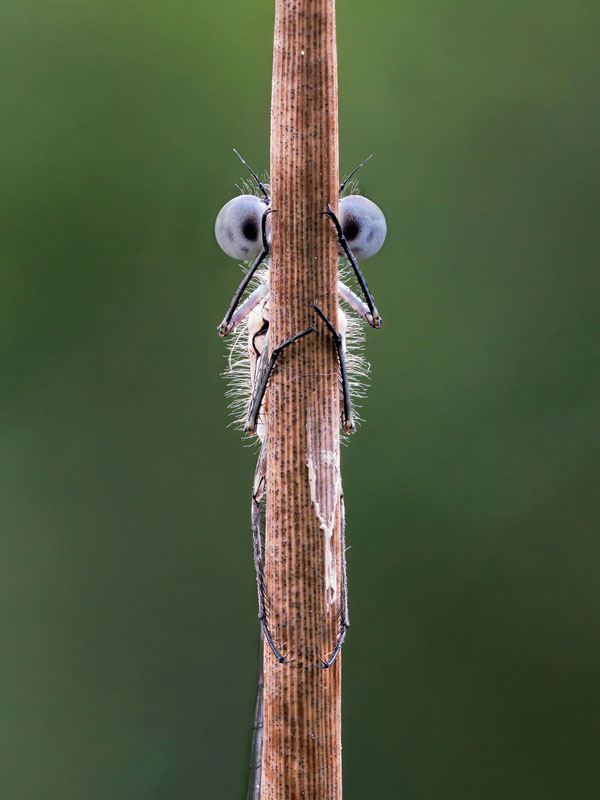 Creatures Under the Sea Award
Mark Fitzpatrick with their picture Terry the Turtle flipping the bird
“I was swimming with this turtle at Lady Elliot Island on the Great Barrier Reef when he flipped me the bird!”

Affinity Photo People's Choice Award
Roland Kranitz with their picture O Sole Mio
“It's like he was just "singing" to me! :) She had a very nice voice :)”

Think Tank Photo Junior Category Winner
Olin Rogers with their picture I've got you this time!
“An African lion cub stalks his brother from atop a termite mound.” 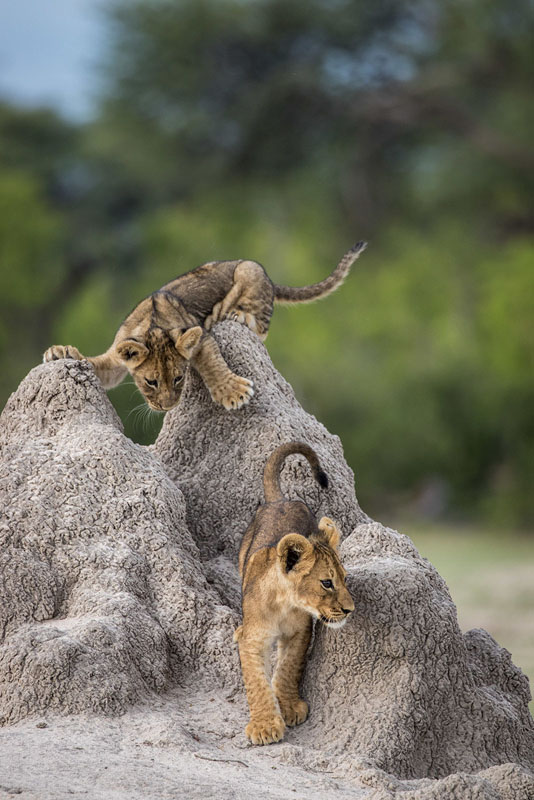 Amazing Internet Portfolio Award
Daisy Gilardini with their picture Deadly Fart
“A brown bear is lifting its leg to smell after a fart.. then collapses.” 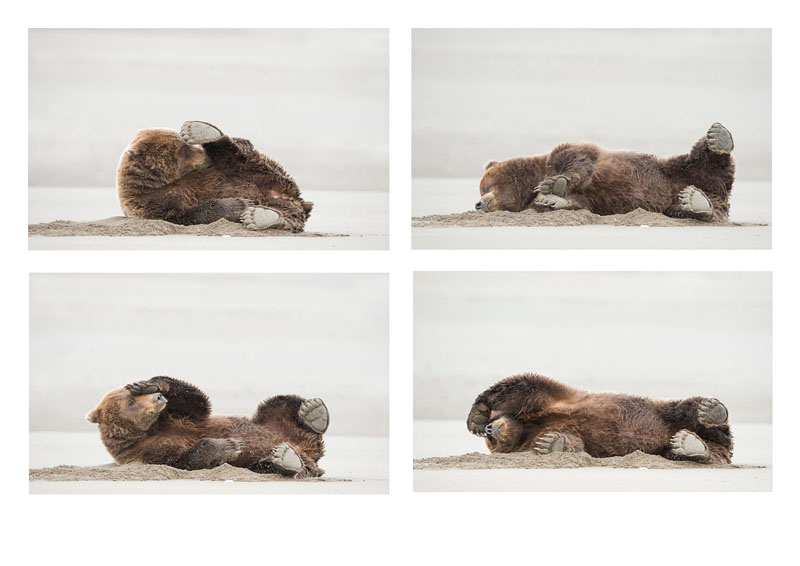 Arthur Telle Thiemenn with their picture Smiley
“Parrot fish from El Hierro, Canary Islands... among a group of parrot fish I saw this one, with a crooked mouth, looking like it was smiling. I don't know if it was caused by a fishing hook, or just something hard that it tried to bite. I concentrated on it, and it took me several minutes until I got this frontal shot... and yes, it made my day!” 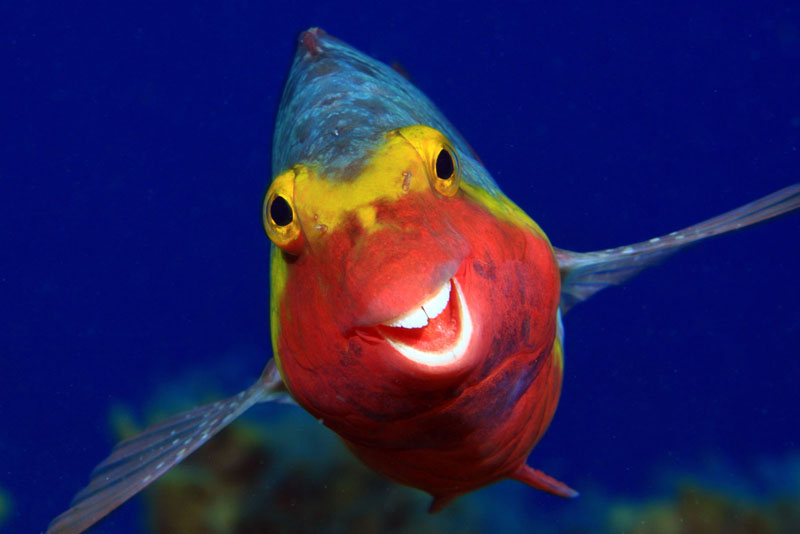 Ayala Fishaimer with their picture Tough negotiations
“I was came across a foxes den while I was traveling, looking for some nature, in the nearby fields. I spent an entire magical morning with 4 cute fox cubs. At some point I noticed that one of the cubs start sniffing around, and a seconds after, he pulled this shrew (which he probably hid there earlier) out of the sand and started playing with it. after a while, the fox cub stood on the stone and threw the shrew in the air .. the shrew landed in such a way that it seemed as if they were having a conversation, and he is asking the fox "Please don't kill me" It's actually reminded me of a Scene from "The Gruffalo" story ...” 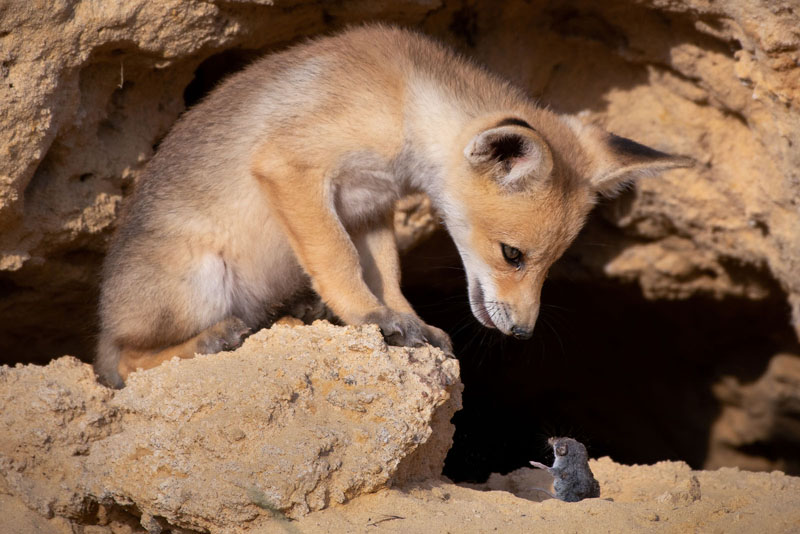 Krisztina Scheeff with their picture Seriously, would you share some
“Atlantic Puffins are amazing flyers and their fishing talents are - well - as you see some do better than others! I just love the second Puffin's look - can I just have one please?” 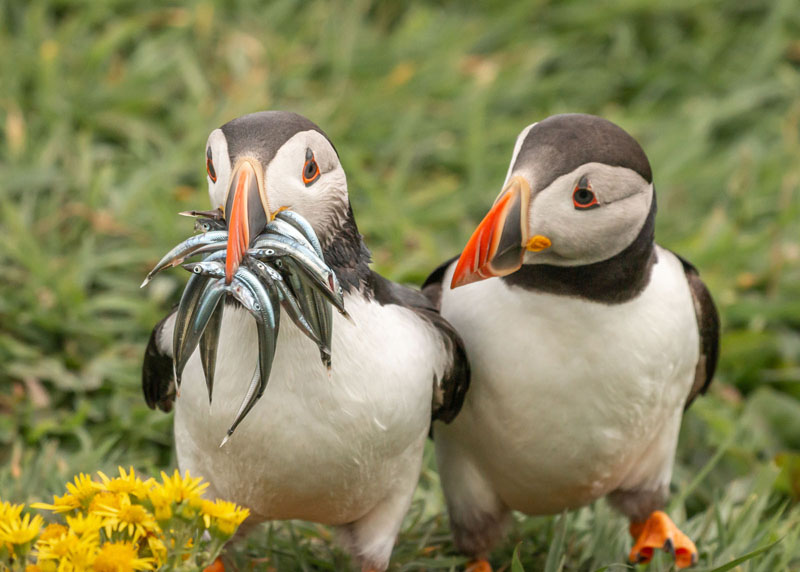 Luis Burgueño with their picture I had to stay late at work
“South sea elephant in patagonia (Isla Escondida) They adopt very curious gestures!”

Megan Lorenz with their picture Monkey Business
“While on a trip to Borneo, I had many opportunities to watch monkeys interacting with each other. These Pig-Tailed Macaques showed me a bit more than I bargained for! Don't blame me...I just take the photos, I can't control the wildlife! So many titles came to mind for this photo but I went with the safe "family-friendly" option and called it "Monkey Business".” 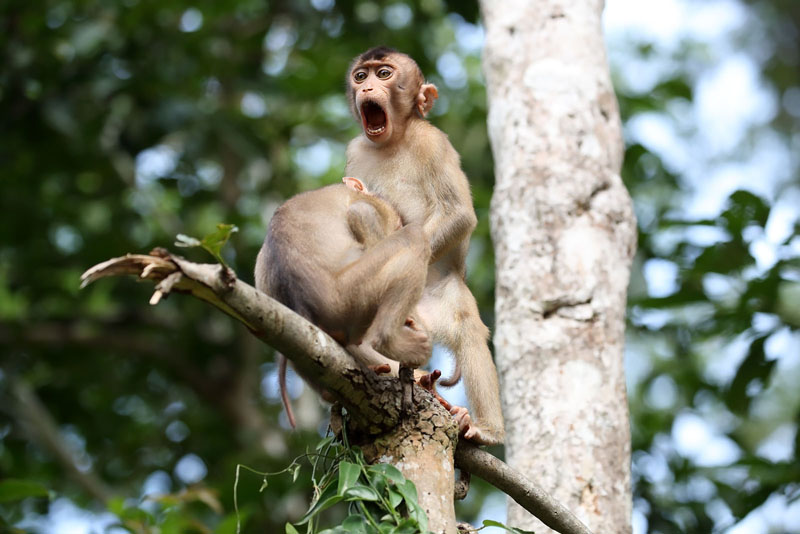 Petr Sochman with their picture Social distance, please!
“This photo from January 2020 is the beginning of a scene which lasted approximately one minute and in which each of the birds used a foot to clean the partner's beak. While the whole scene was very informative, this first photo with the male already holding his foot high in the air was just asking to be taken out of the context...” 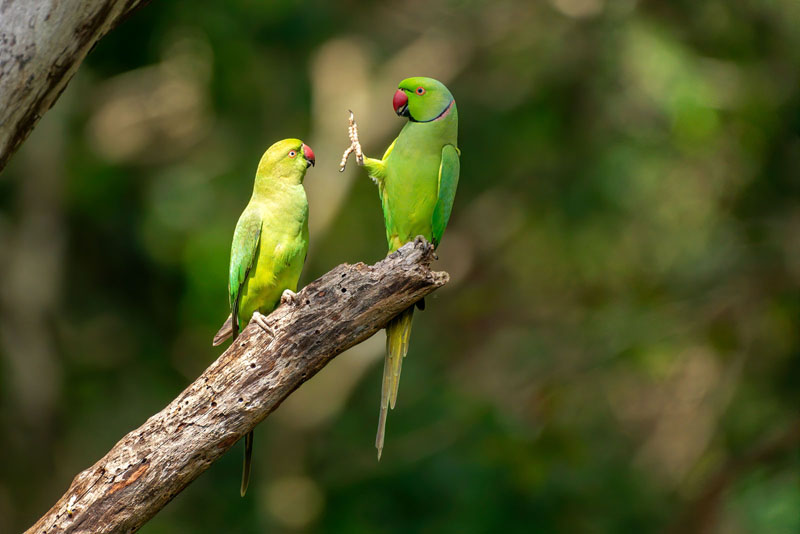 Sally Lloyd-Jones with their picture It's a Mocking Bird
“I was hoping a Kingfisher would land on the "No Fishing" sign but I was over the moon when it landed for several seconds with a fish. It then flew off with it's catch. It appeared to be mocking the person who erected the sign!” 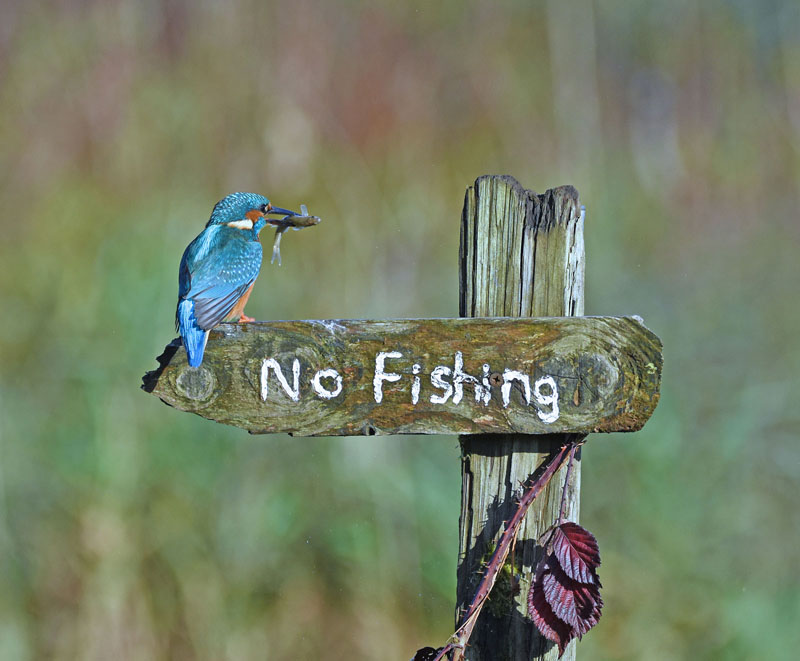 Sue Hollis with their picture Sun Salutation Class
“ We were surprised to see that Sea Lions actively practice Yoga. Guess they need to get their Zen as well.” 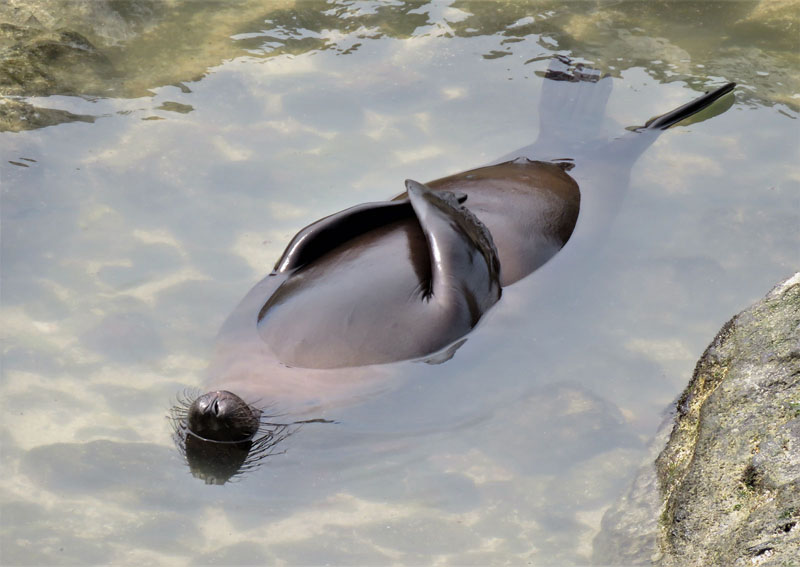 Thomas Vijayan with their picture Fun For All Ages
“Shooting the most common is the most challenging thing. Langurs are very common but waiting for a right movement is very challenging and needs lots of patience. Photography is not about quantity I consider it more of a quality and a story telling frame which can put a smile in someone’s heart. In 2014 I had made 15 trips to India in search of a perfect frame out of these trips, in one of the trip I could only get this frame and I am more than happy with this picture - A playful monkey with its family is a special frame for me.” 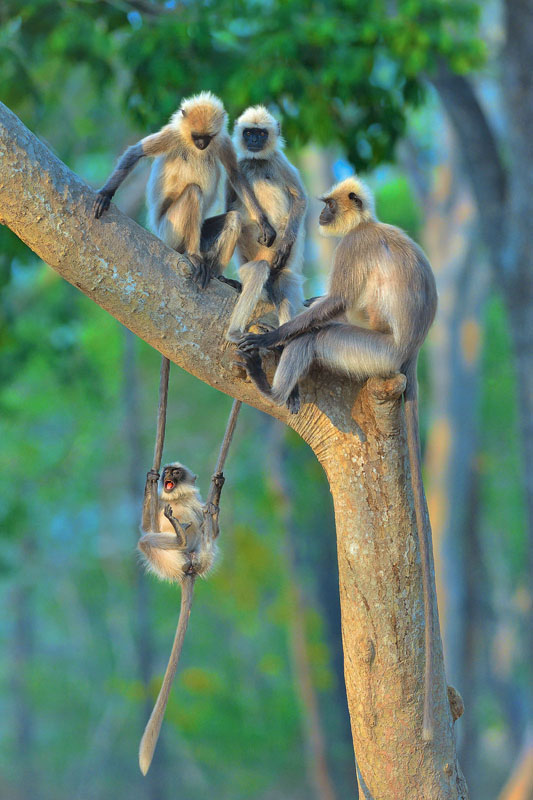 Yevhen Samuchenko with their picture The race
“My friends and I walked in the center of the small town of Hampi in India. There was a bicycle parking nearby. Suddenly a flock of langurs jumped on these bicycles and began to frolic. We were afraid to frighten them away, I started taking pictures from afar, but then we came very close to them and the langurs continued to play with bicycles” 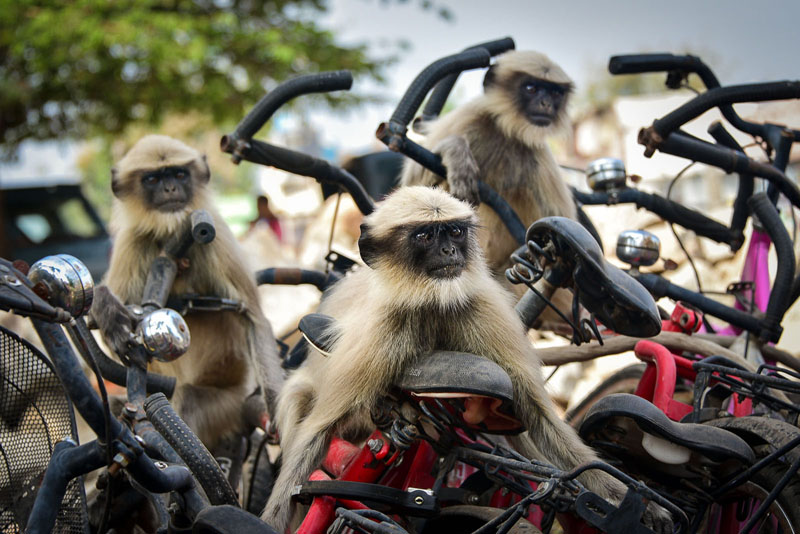