Our Story So Far 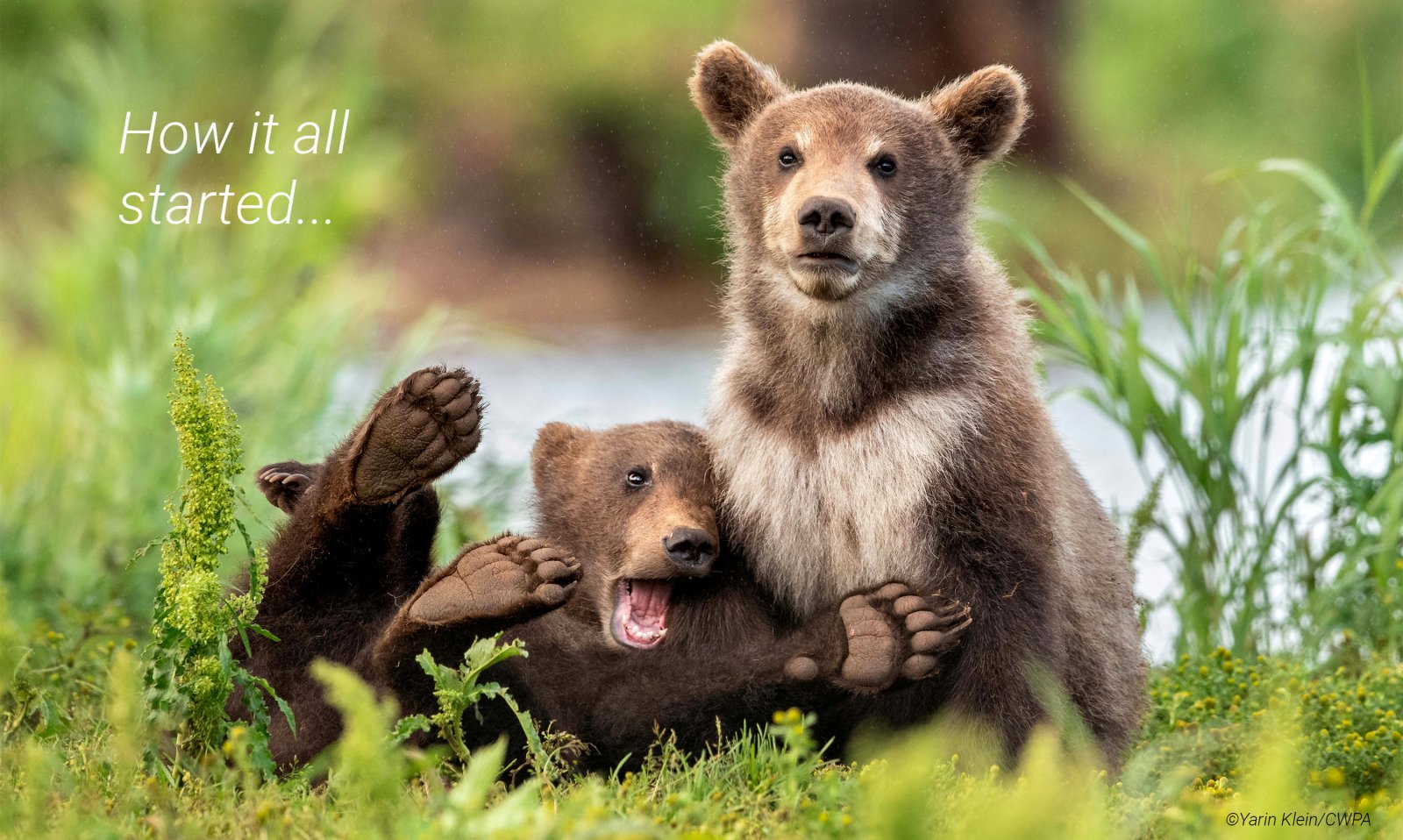 “Our world is extraordinarily beautiful and interconnected, yet the human race is doing its best to over-exploit and damage it. Issues of wildlife conservation and sustainability are gaining momentum globally, yet the messages and images tend to be negative, depressing and enervating.”

While living in East Africa and working as a wildlife photographer, founder Paul Joynson-Hicks MBE was looking through his photographs when he came across several that made him laugh out loud: an eagle looking at me through its back legs and a warthog’s bottom. He realised that the humour of these photographs was both entertaining and a means to engage people with the threats facing these same animals.

A funny animal photo is incredibly effective because there are no barriers to understanding, or taboos that must be negotiated. It taps into the impulse for anthropomorphism (big word!) which is well-documented as one of the most powerful triggers for human empathy. To really understand animals and the issues that affect them, you need to empathise with them as fellow inhabitants of the same planet.

And so, in 2015, The Comedy Wildlife Photography Awards was born from Paul’s small office in Usa River on the slopes of Mt Meru in northern Tanzania. Soon after, Co-Founder and photographer Tom Sullam was bought on board and then Michelle Wood, a couple of years later.

Since then, steered by its founders, the competition has grown and grown into a global competition that’s able to make a meaningful contribution to the amazing world of wildlife.

The deluge of images of animals and habitats in peril can be hard to digest. The Comedy Wildlife Photography Awards’ content accesses our empathy by showing how alike we really are. You don’t need to cover your eyes or look away. We want our viewers to share our enjoyment of nature and take the time to recognise its value.

The Comedy Wildlife Photography Awards has become a fixture on photographer’s competition calendar. Every year, we accept thousands of images from around the world for each category and receive global media coverage.

Novice and expert photographers can enter up to 10 images: 4 portfolio entries and an additional 6 entries for the different categories every year. Entry is free.  See our competition section for more information. 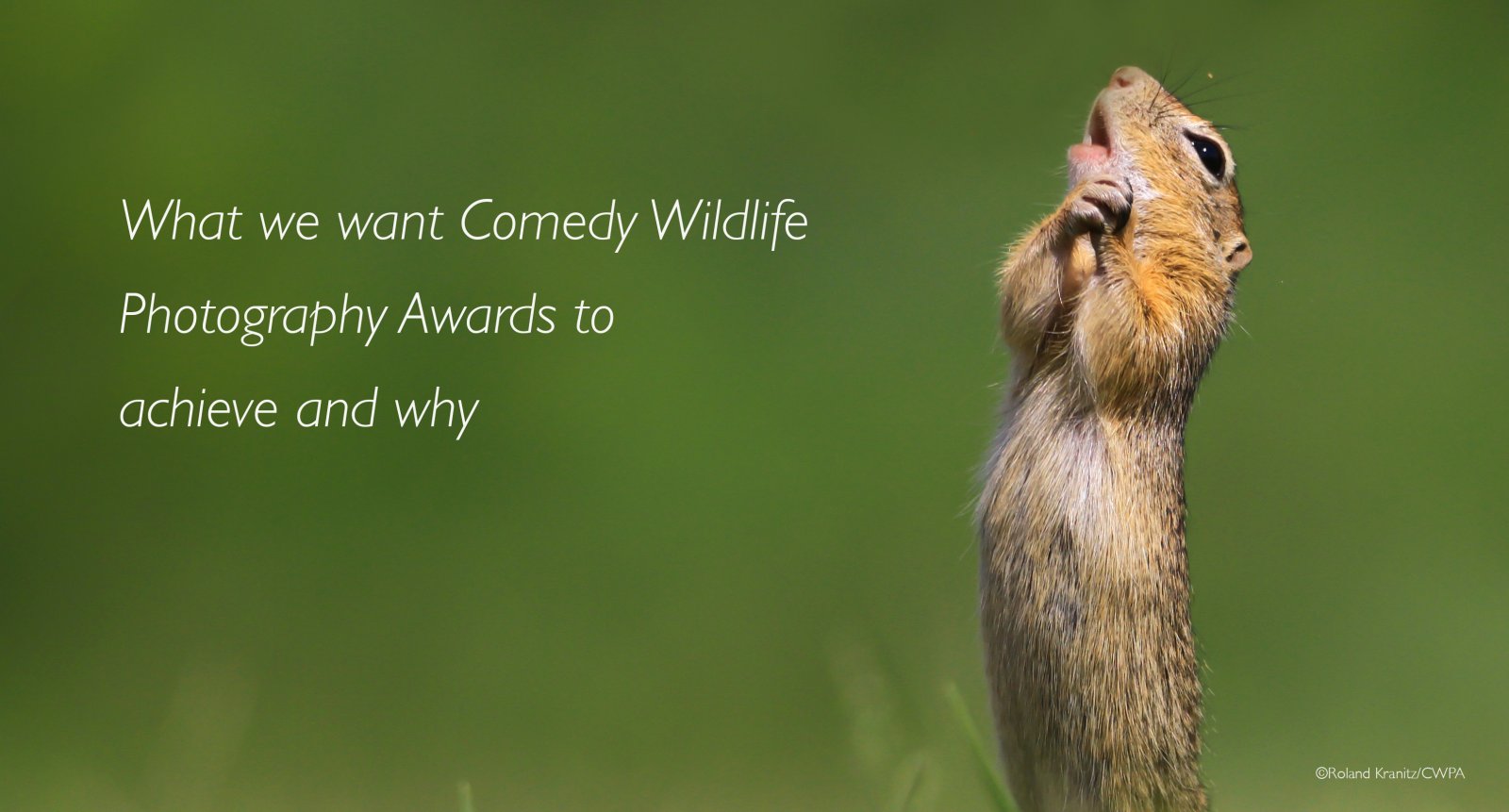 “Through the Comedy Wildlife Photography Awards, we aim to widen understanding and engagement of a sustainable world - and wildlife conservation specifically - for the preservation of biodiversity and the health and enrichment of everyone on Earth.”

This is our mission. Yup, it is certainly ballsy, a bit grandiose, but isn’t that what a mission should be?  Aspirational, otherwise what’s the point.  We want to educate and enlighten, and we want to do this by earning people’s attention by showing them things they don't expect.

Once we have opened their eyes, we can expand their understanding of the natural world and encourage them to share our enjoyment of nature and its value

Fundraising is not our primary purpose but, each year, we will choose a small grass-roots conservation organisation to support - you can read more about our conservation mission here.

Every year our reach grows bigger and our conservation message gets a little louder. We are so proud to be a part of it and happy that we can put a smile on your face!

A wildlife photographer through and through, Paul has lived in East Africa for the last 30 years.  After producing some photography books of his work on Uganda, Tanzania and the Luangwa Valley in Zambia he clearly didn't have enough to do, so set up an array of different social enterprises: working with street kids in Uganda; creating recycled artwork with disabled men and women; racing goats to raise money for charities; and selling recycled phones to enable girls to go to school.  All of which earnt him his MBE in 2011.  Since then, and in between photographic safaris, he has focused on wildlife conservation issues which in turn gave birth to the Comedy Wildlife Photography Awards, bringing us right up to date!   Well, more or less, he still lives in Tanzania, with his Beloved, a couple of feisty young lads, a pair of energetic springers, cats, chickens and there are Sykes monkeys often raiding the veggie patch.  Lastly, he is also a sports fans and player, although more enthusiastic than skilled, and don’t let's let Tom talk about his golf or Tom will go on and on and on about how he beat Paul at golf one time with a hole in one…ugh… 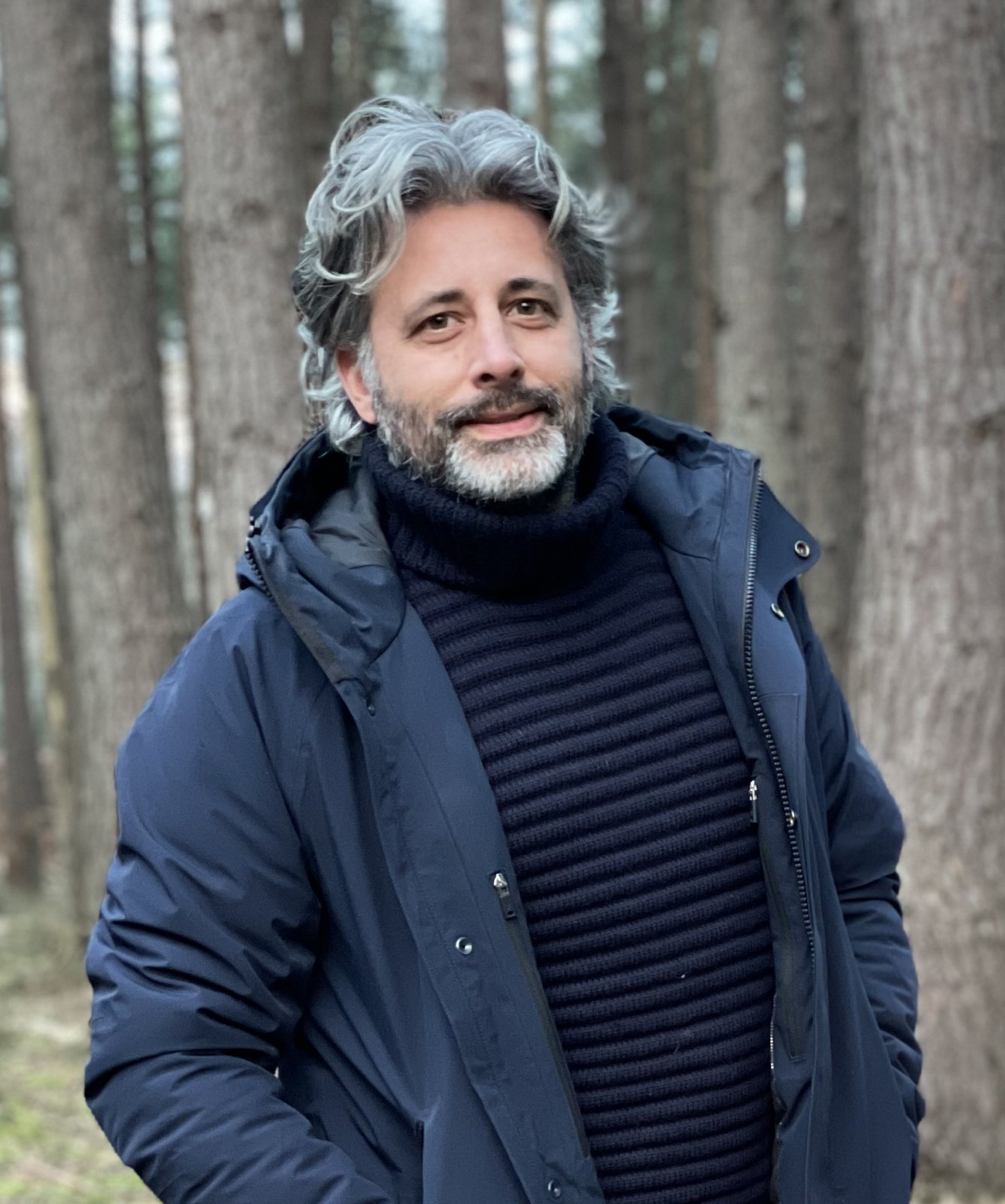 Tom’s journey has been an arduous one, which explains the sizeable amount of grey hair that he sports. The truth is, he always wanted to be a photographer, but he just had to do a psychology degree first, then get a job working for a strategic marketing consultancy (he still doesn’t quite understand what he was supposed to do there), then move to a large city based financial services company before finally realising none of these would get him any photography time. Reset button hit, and Tom made his final career lurch where he established himself commercially in the world of interiors photography, and on the fine art side working with renowned landscape photographer Charlie Waite.  Then he met Paul, and well, as they say, the rest is a continual headache.  Sorry, the rest is history.

Tom believes himself to be wonderfully funny, in a dry kind of way, and can often start a story which seemingly has no end.  Paul and Mich have to this day (until now) tried not to mention it.  His love of conservation, wildlife, and the general well-being of the planet only gets stronger the older he gets, and the greyer he gets. 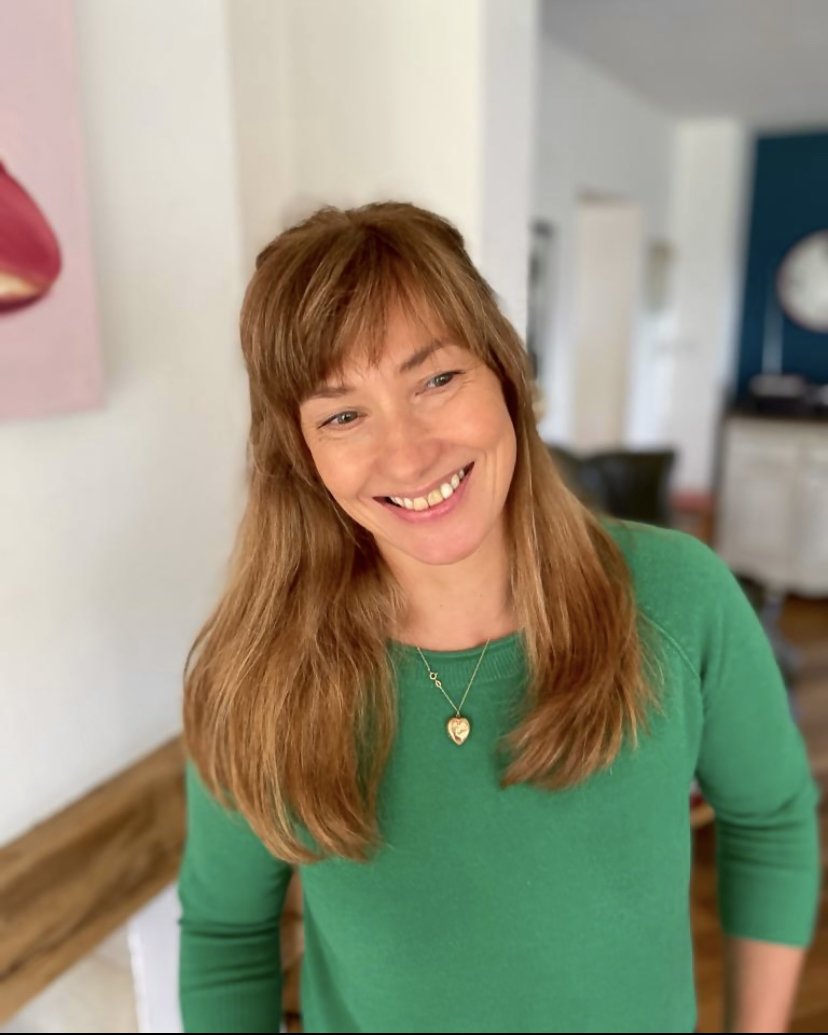 Michelle was unfortunate enough to get caught up with Paul and Tom when she commented on a CWPA facebook post on a quiet Sunday morning back in 2017.  Fast forward a few years and she is now part of the Comedy family, quite possibly against her wishes but that is entirely her fault as she repeatedly succeeded at every task set to her by Paul and Tom.

Unlike the other two, Michelle is utterly useless behind or indeed, in front of the camera but luckily for Comedy Wildlife, she has spent most of her life fiddling with, looking at, sorting, filing, editing and commissioning photography of one sort or another.

She loves birdsong and swearing, frozen Doubledeckers and warm socks and lives in the middle of a field equidistant between a gin distillery and a brewery with her family and a dippy black lab called Joey Tribbiani.