Ken Jensen with their picture Ouch!
“A golden silk monkey in Yunnan China - this is actually a show of aggression however in the position that the monkey is in it looks quite painful!” 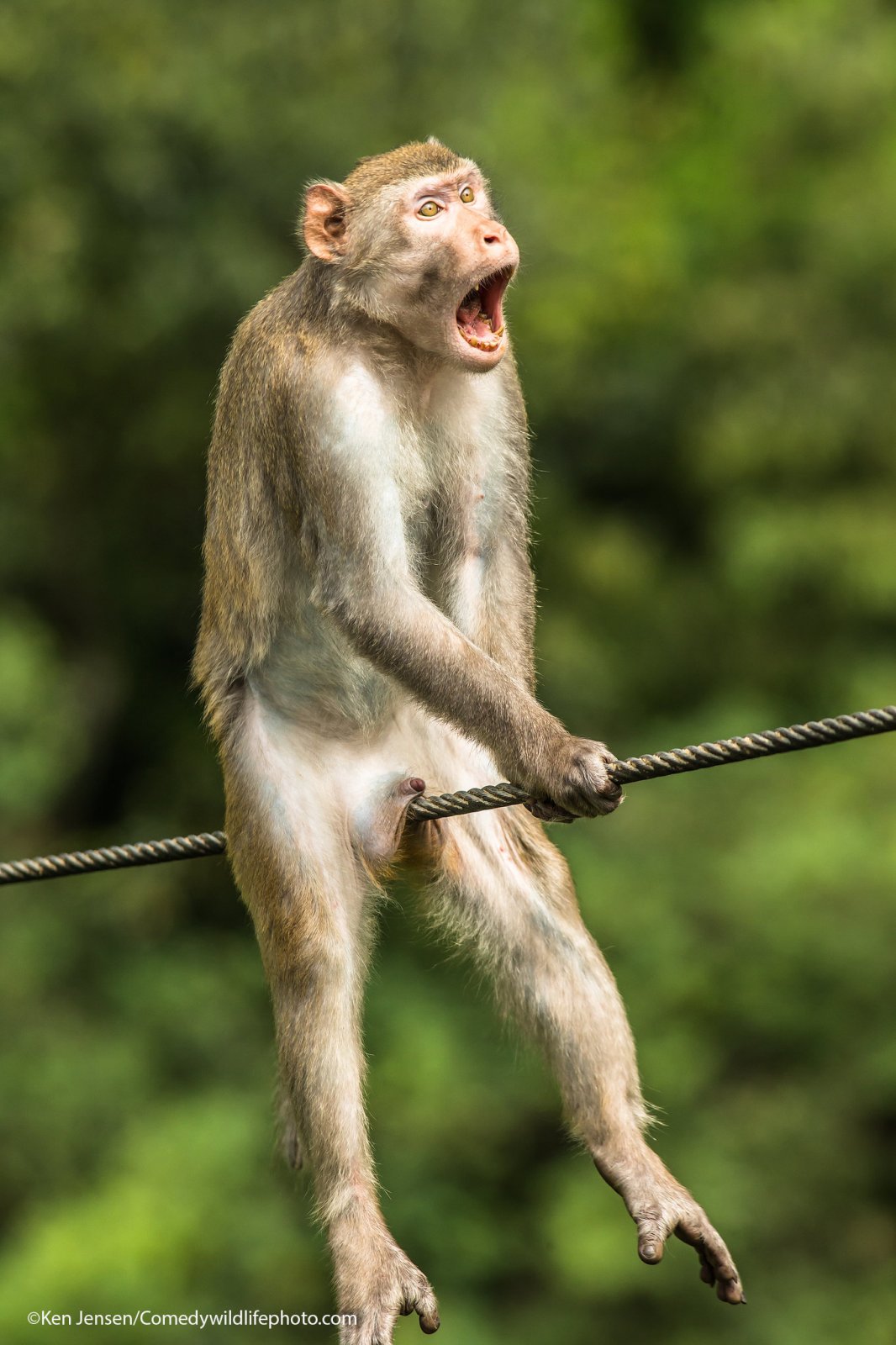 Alex Walker's Serian Creatures on the Land Award
Arthur Trevino with their picture Ninja Prairie Dog!
“When this Bald Eagle missed on its attempt to grab this prairie dog, the prairie dog jumped towards the eagle and startled it long enough to escape to a nearby burrow. A real David vs Goliath story!.” 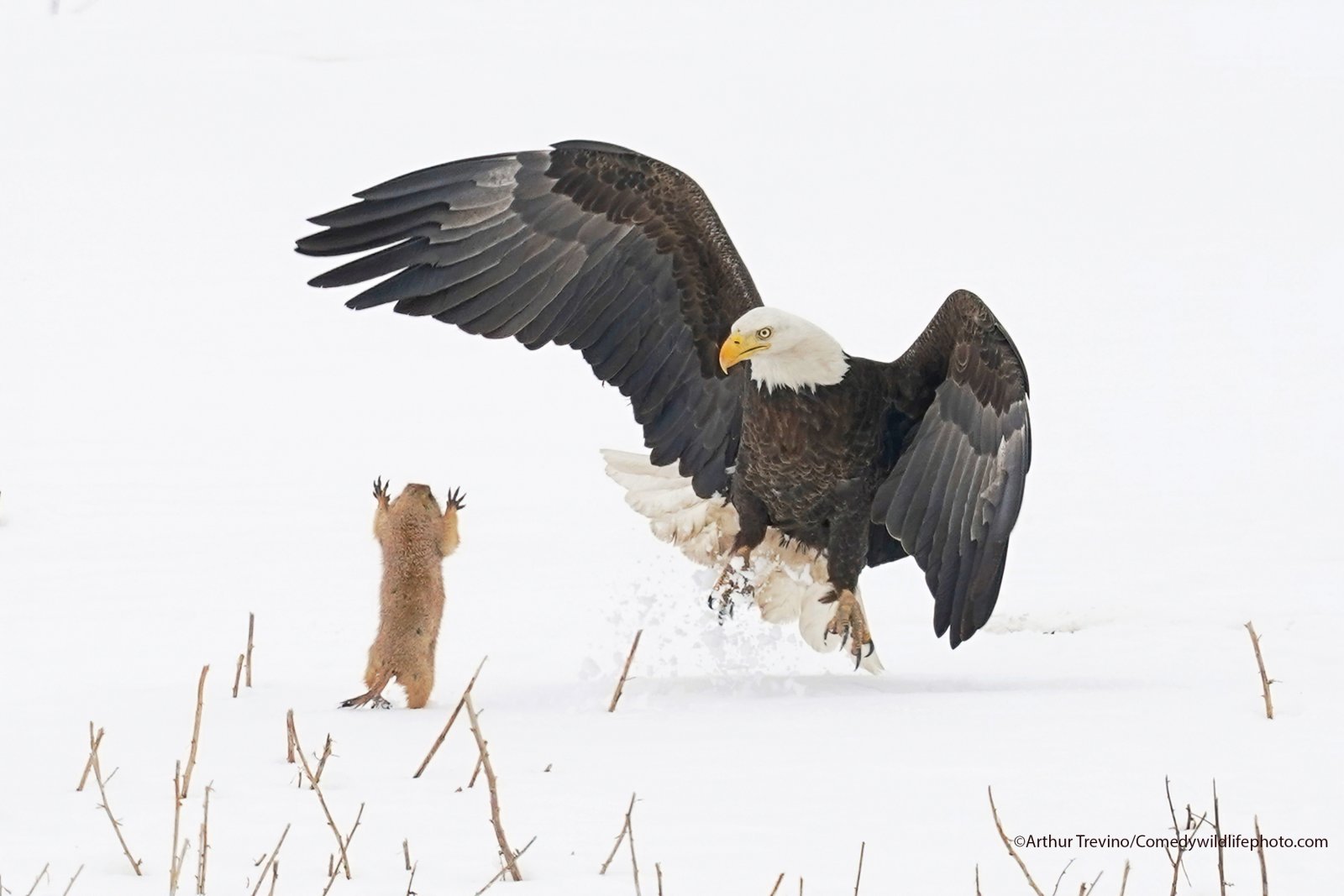 Spectrum Photo Creatures in the Air Award
John Speirs with their picture I guess summer's over
“I was taking pics of pigeons in flight when this leaf landed on the bird's face.” 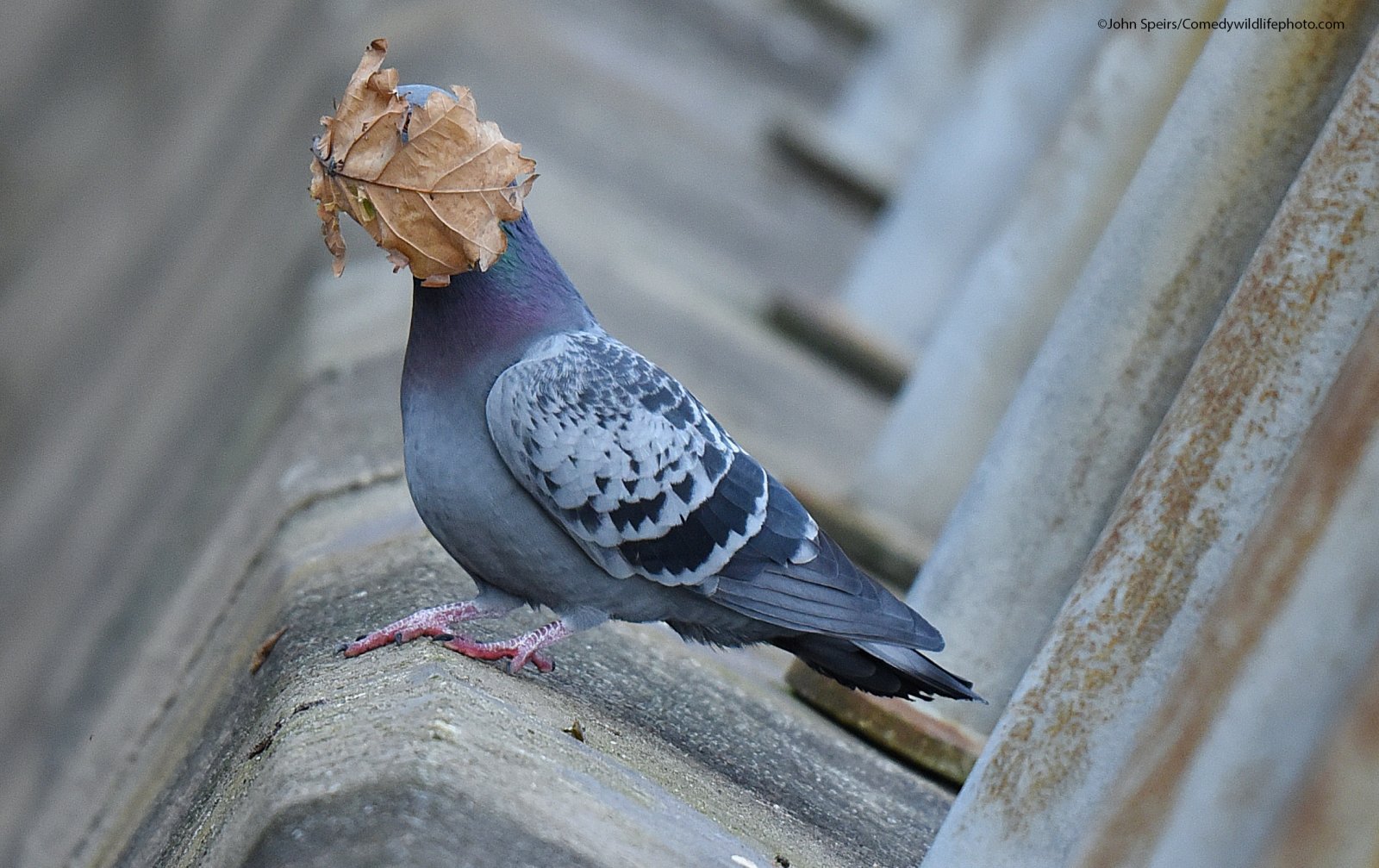 Creatures Under the Sea Award
Chee Kee Teo with their picture Time for school
“A smooth-coated otter "bit" its baby otter to bring it back to and fro for swimming lesson.” 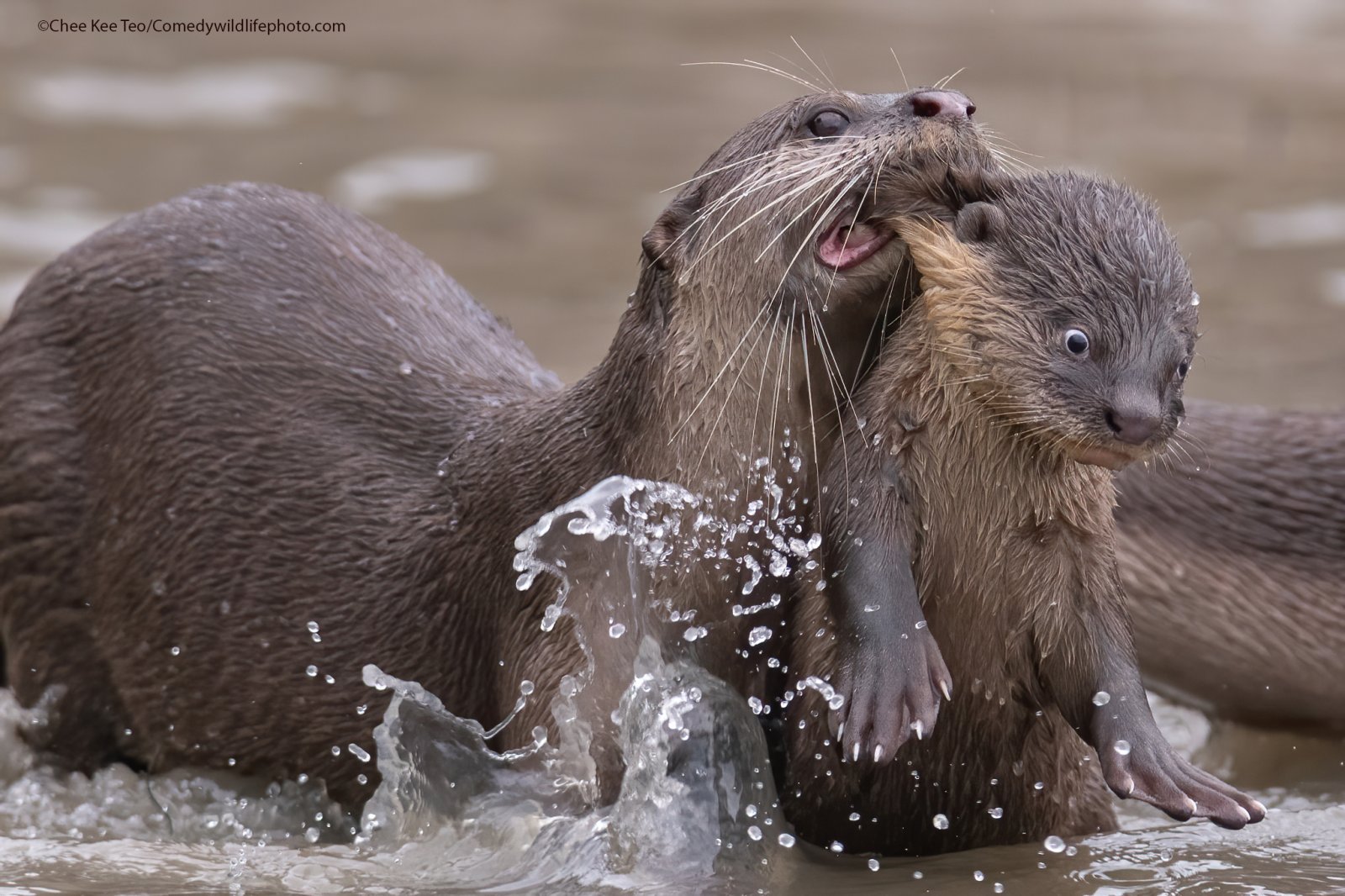 Affinity Photo People's Choice Award
John Speirs with their picture I guess summer's over
“I was taking pics of pigeons in flight when this leaf landed on the bird's face.”

Amazing Internet Portfolio Award
Vicki Jauron with their picture The Joy of a Mud Bath
“An elephant expresses his joy in taking a mud bath against the dead trees on the shores of Lake Kariba in Zimbabwe on a hot afternoon.” 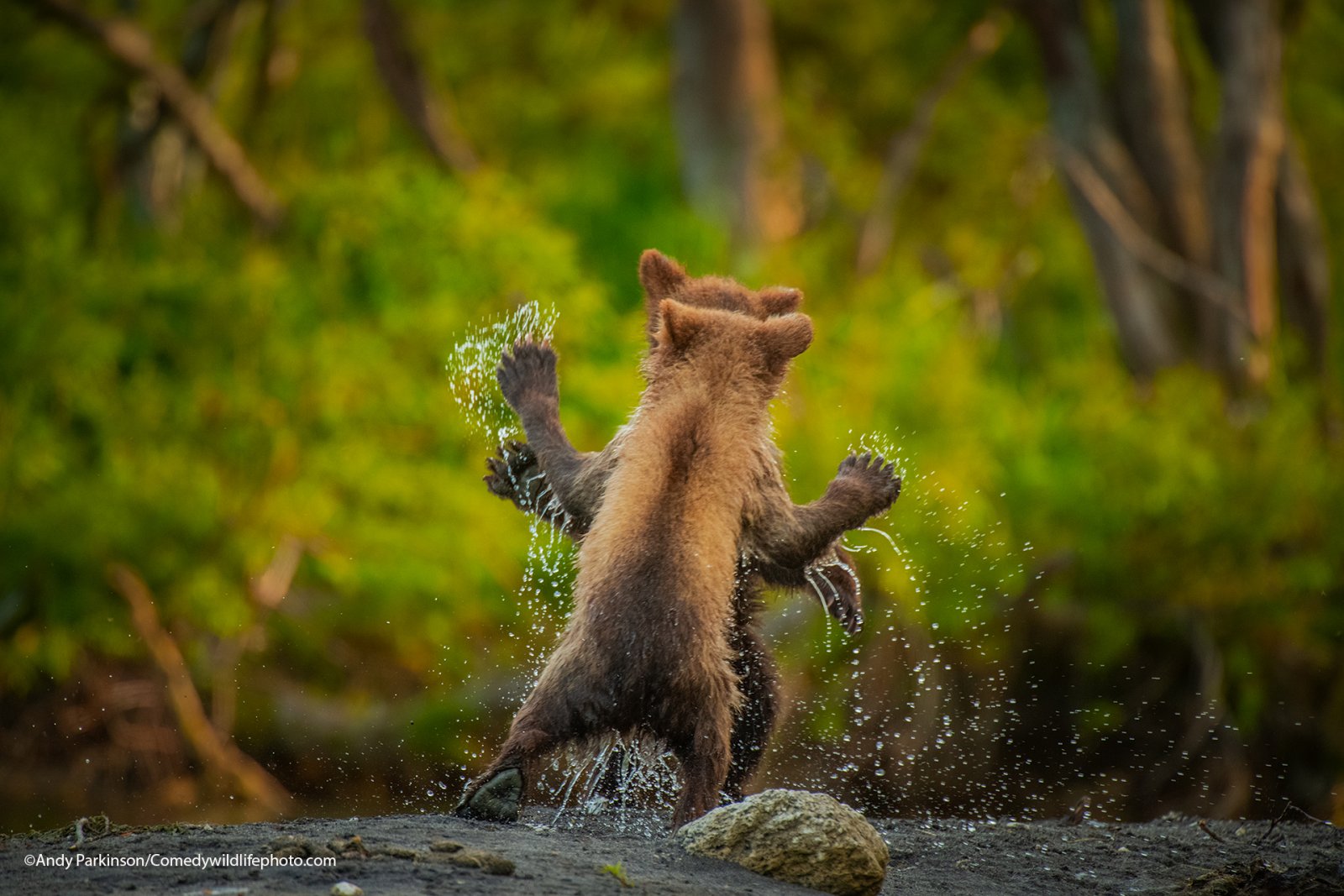 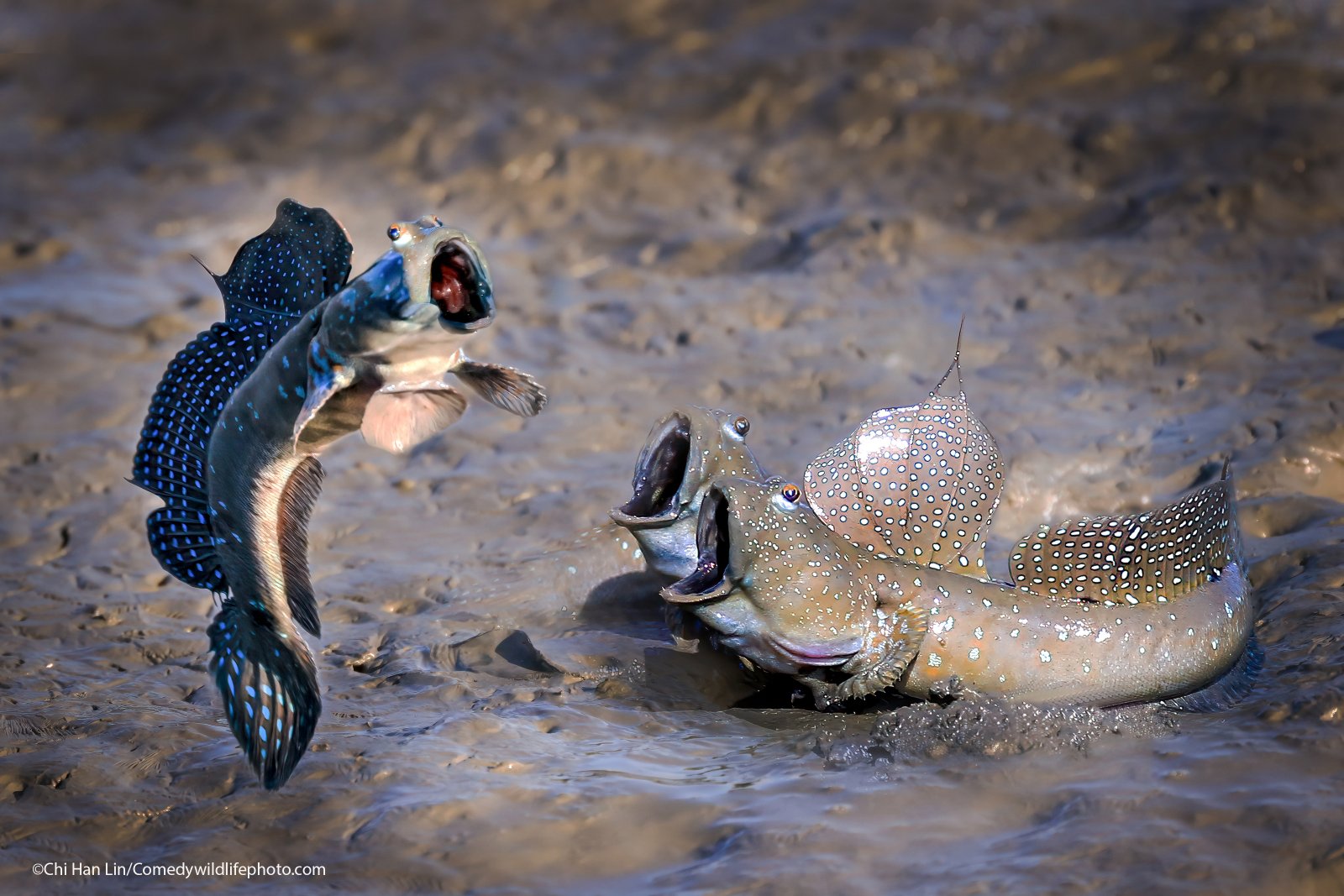 David Eppley with their picture Majestic and Graceful Bald Eagle
“Bald Eagles will use the same nest for years, even decades, adding new material to it at the beginning and throughout the nesting season. Normally, they are highly skilled at snapping branches off of trees while in flight. Possibly tired from working nonstop all morning on a new nest, this particular Bald Eagle wasn't showing its best form. Yes, sometimes they miss. Although this looks painful, and it might very well be, the eagle recovers with just a few sweeping wing strokes, and choses to rest a bit before making another lumber run.” 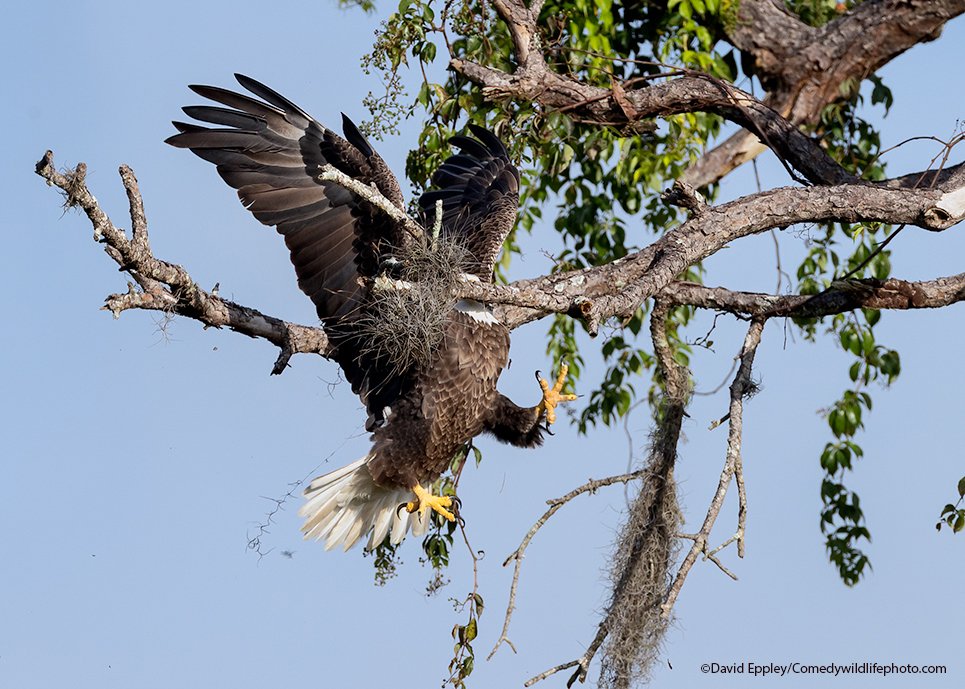 Jakub Hodan with their picture Treehugger
“This Proboscis monkey could be just scratching its nose on the rough bark, or it could be kissing it. Trees play a big role in the lives of monkeys. Who are we to judge...” 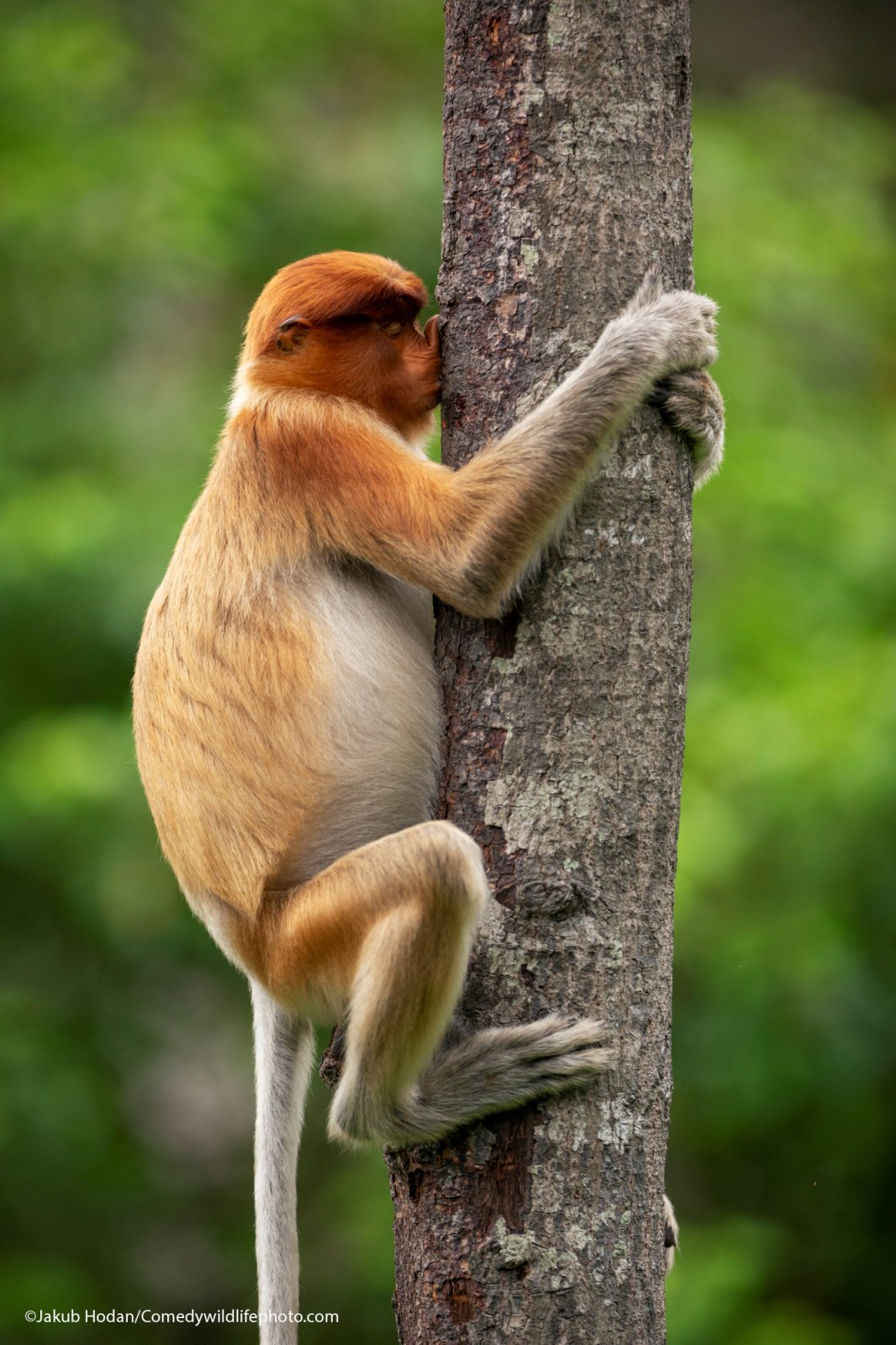 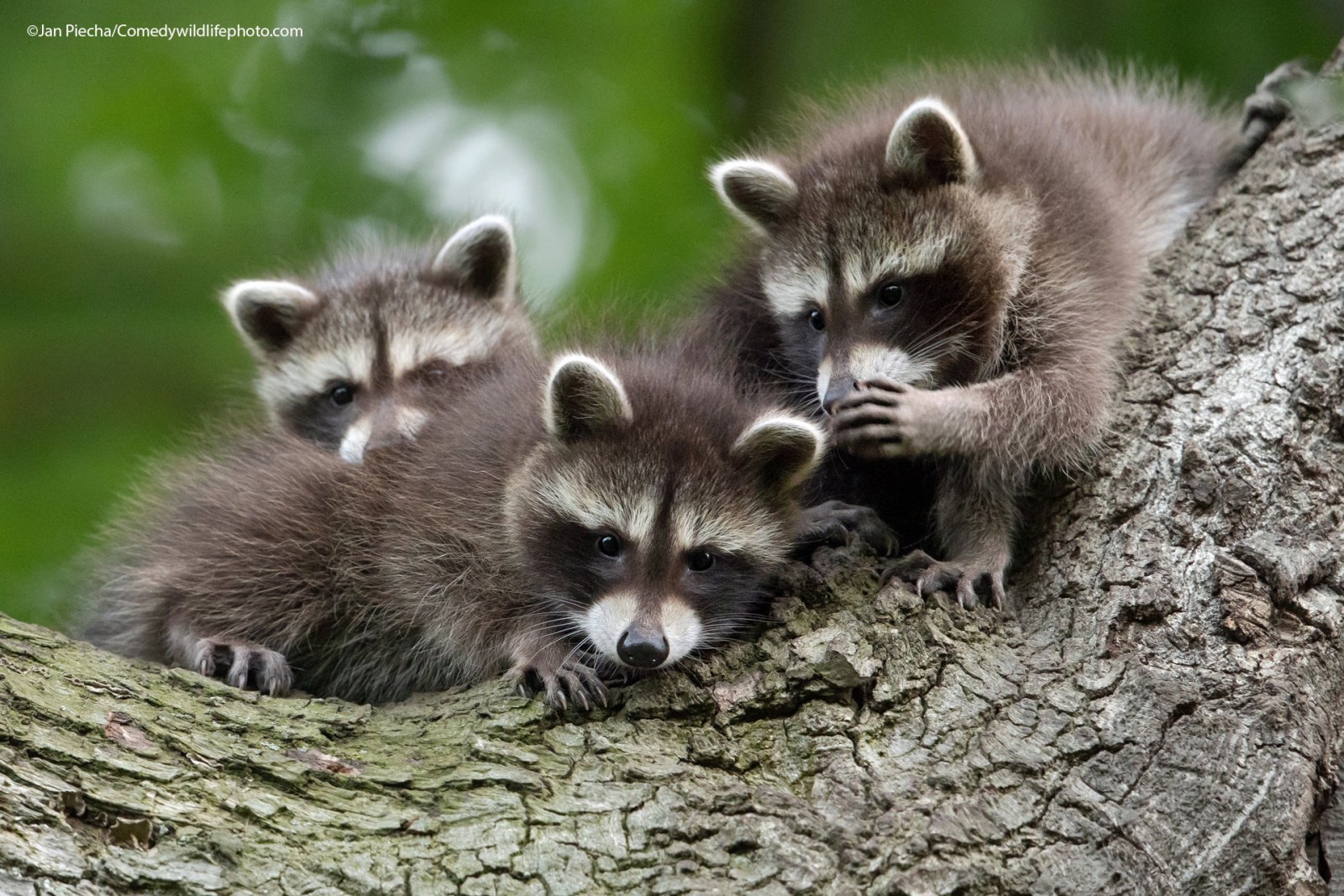 Lea Scaddan with their picture Missed
“Two Western Grey Kangaroos were fighting and one missed kicking him in the stomach.” 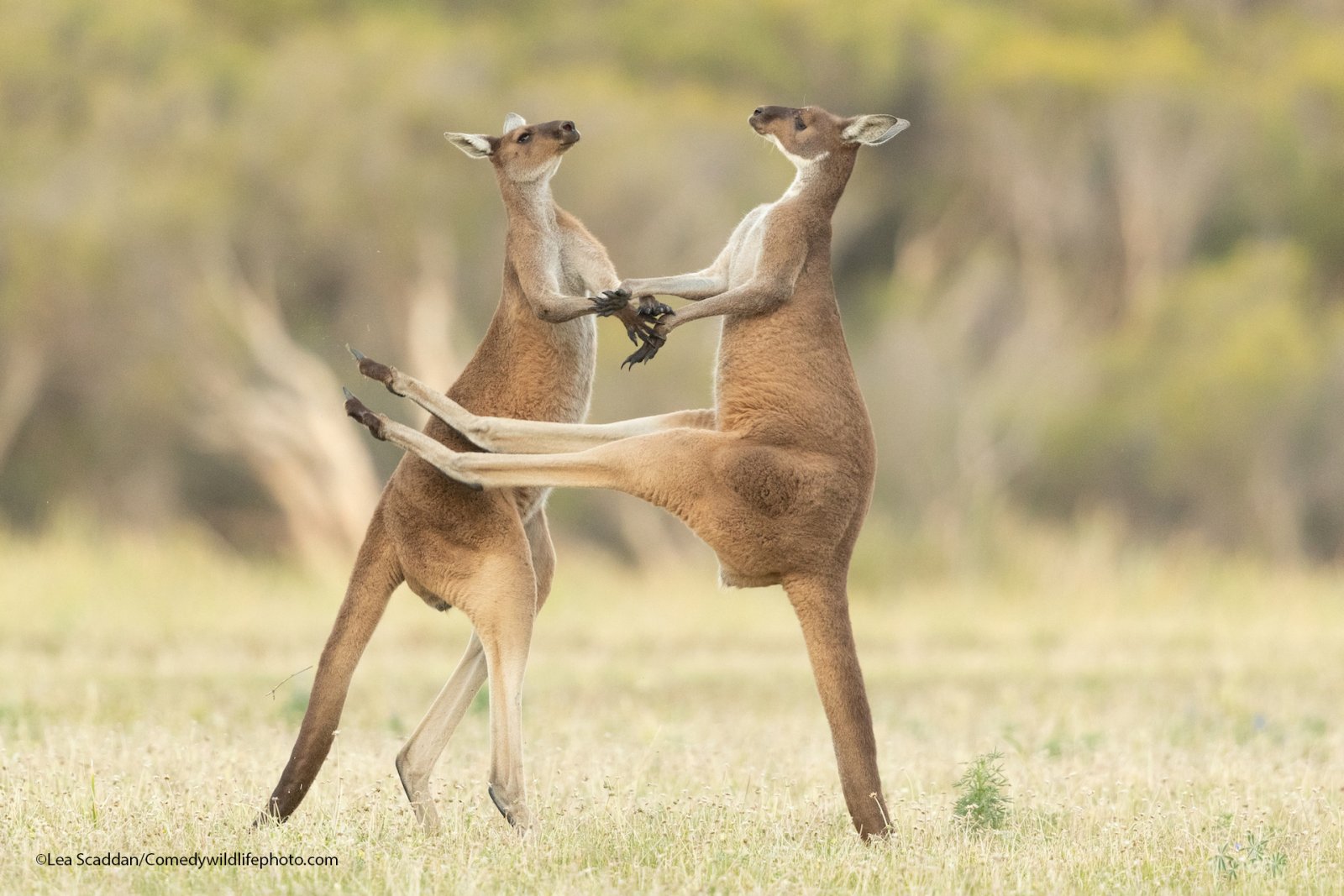 Nicolas de VAULX with their picture How do you get that damn window open?
“This raccoon spends his time trying to get into houses out of curiosity and perhaps also to steal food.” 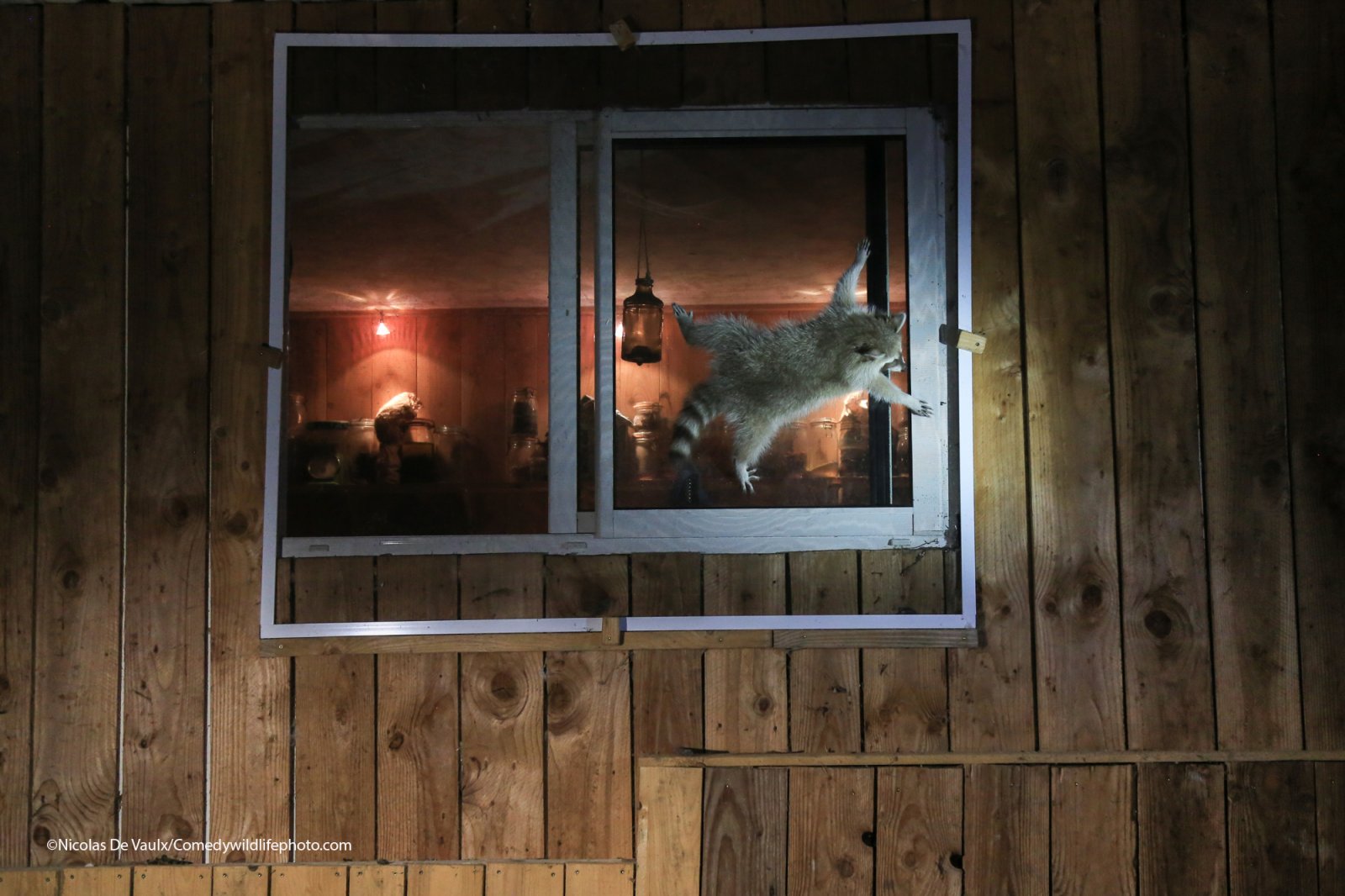 Pal Marchhart with their picture Peekaboo
“ A young bear descending from a tree looks like he/she is playing hide and seek.” 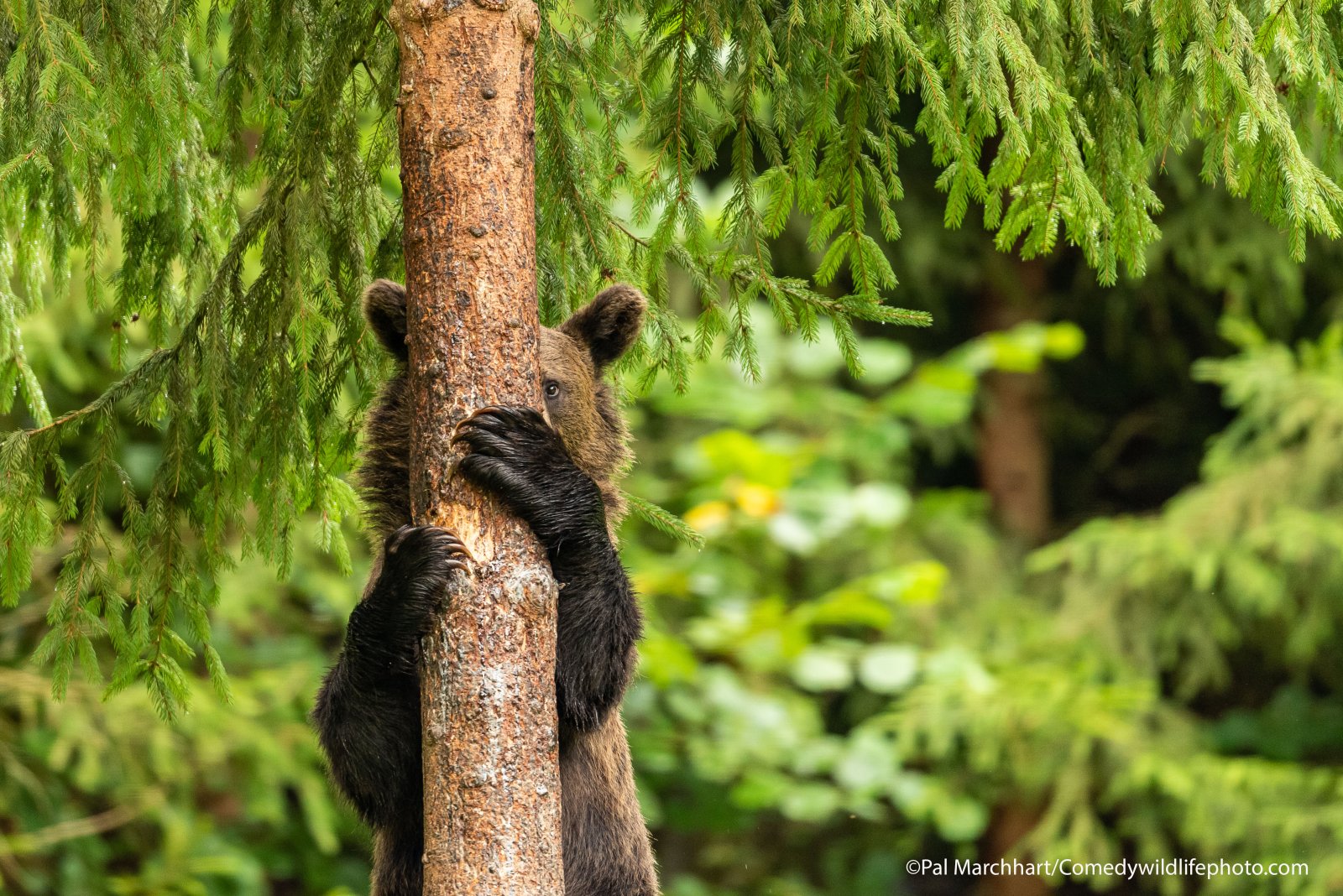 Roland Kranitz with their picture I got you
“I spent my days in my usual "gopher place" and yet again, these funny little animals haven't belied their true nature.” 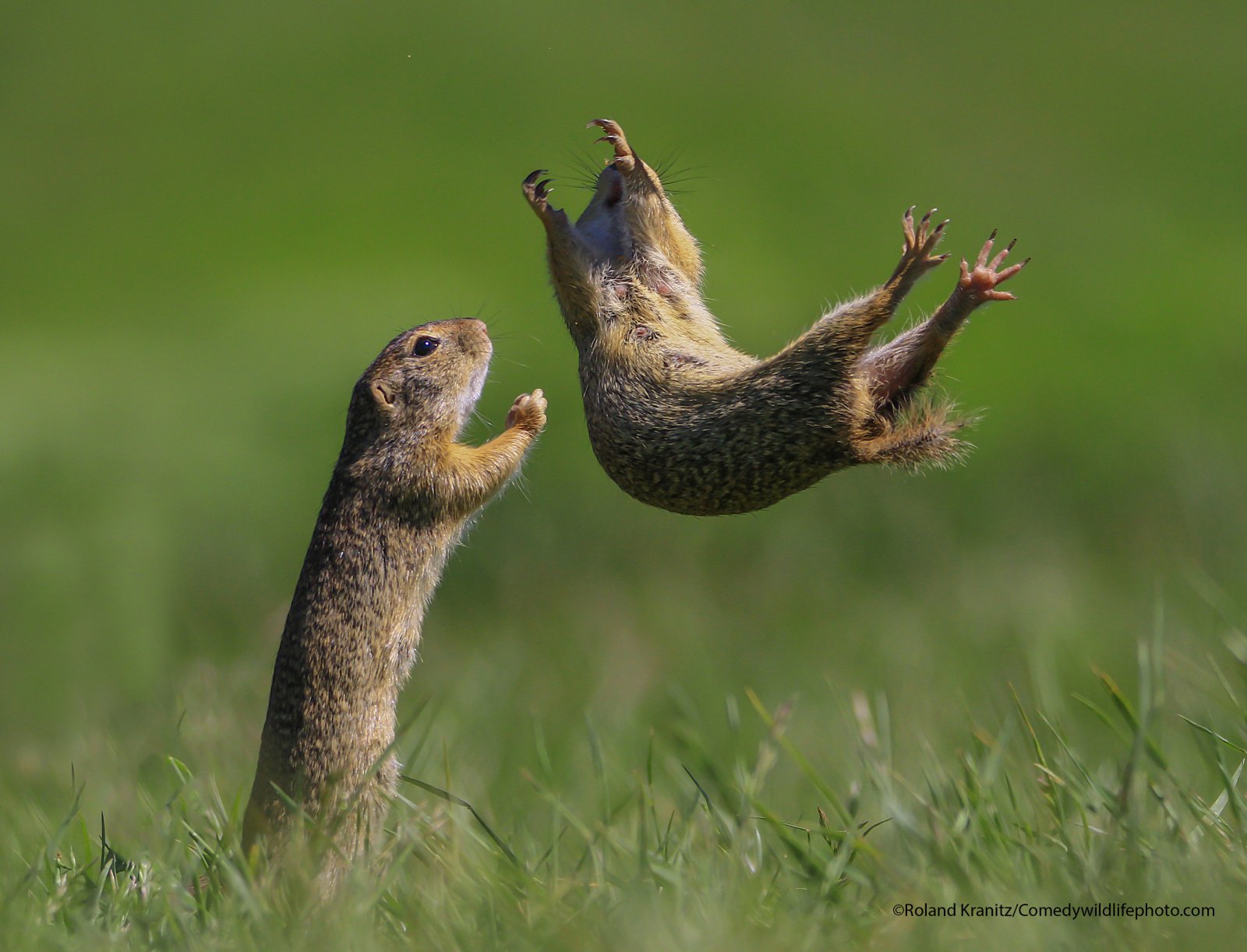